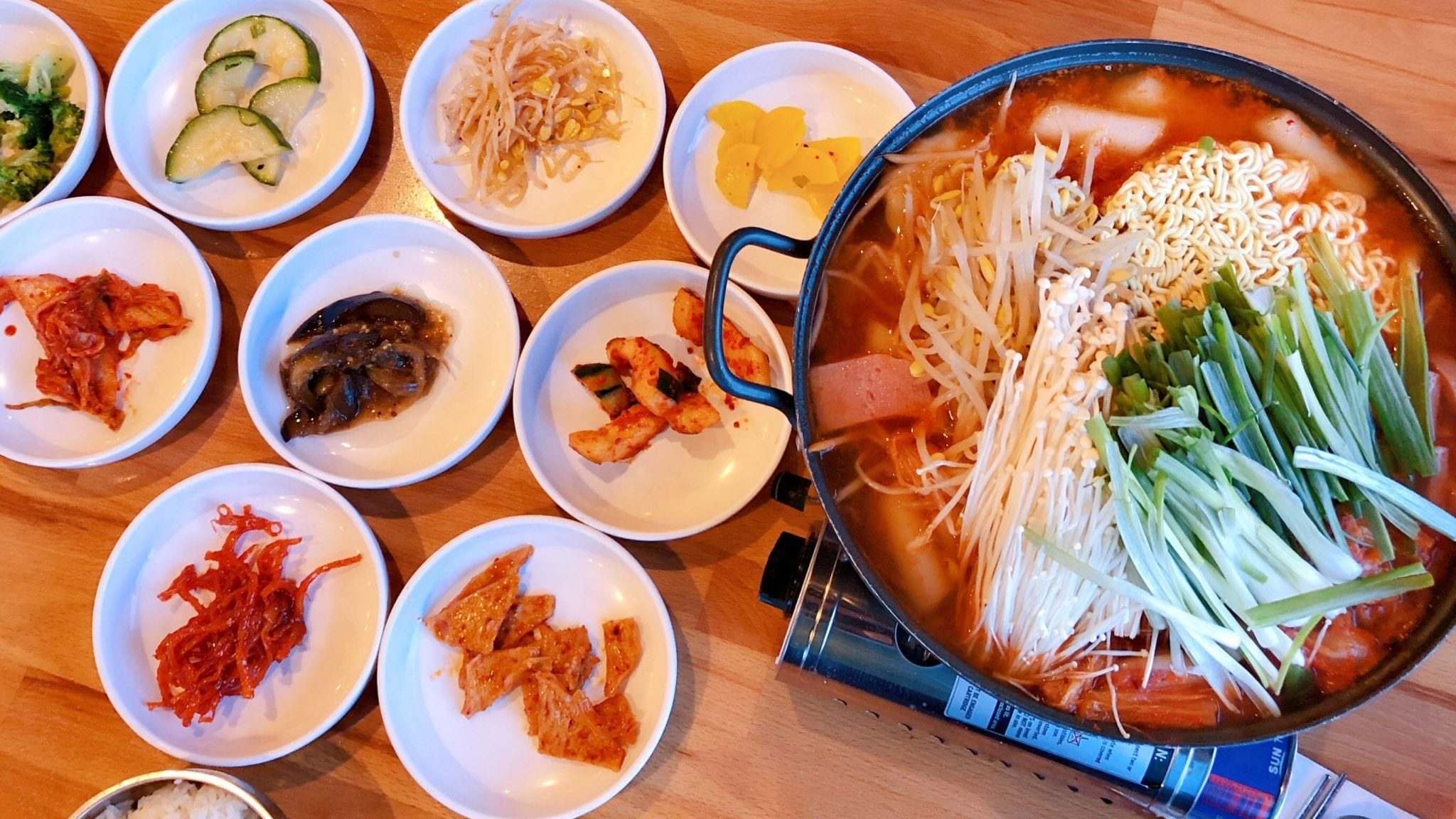 Among the hot pot varieties available, Korean army stew (Budae Jjigae, 부대찌개) is definitely one of the most popular hot pot dishes in Korea. In fact, Anthony Bourdain, the famous cook and TV personality on Food TV, has shared this Korean army stew with his audience on CNN’s Parts Unknown.

Actually this dish has a sad history behind. It was created shortly after the armistice that ended the Korean War, using the scrounged or smuggled surplus foods from the U. S. army bases. Although the dish was born in the period of post-war impoverishment, it continued to be popular during the period of rapid growth, and is still popular today.

How can something so wrong be so right? – Anthony Bourdain

After the Korean War, food was scarce in South Korea. People dwelling around U. S. army bases, in the Uijeongbu, Pyeongtaek, and Munsan areas made use of surplus foods from army bases, commonly processed meat products, collectively known as budae-gogi (부대고기; “army base meat”), such as ham, hot dogs, and Spam, along with canned baked beans.

It became an enduring and deeply love classic – Anthony Bourdain

Korean seafood pancake is also a highly recommended dish. It is made from a batter of eggs, wheat flour, rice flour, scallions, and often other ingredients depending on the variety. Beef, pork, kimchi, shellfish, and other seafood are mostly used.